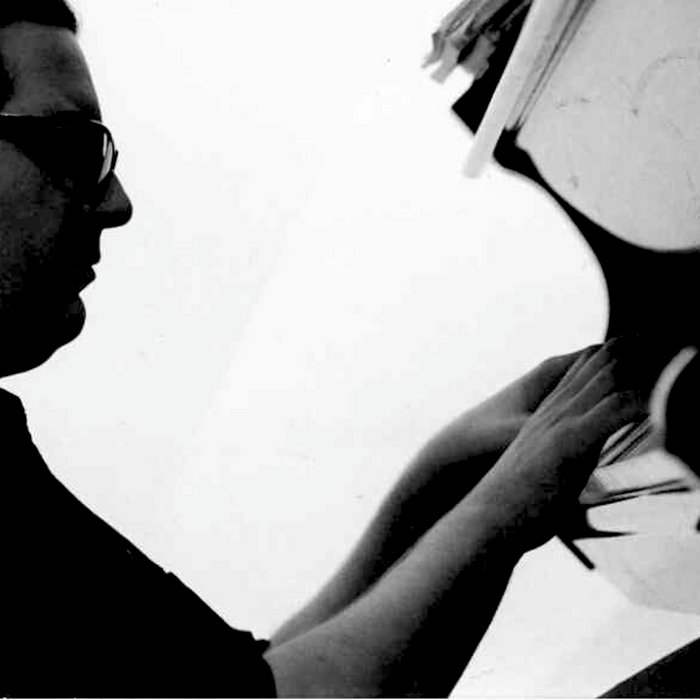 Over the years, I have had many performances, and sadly not many were well recorded (ironic for me, I know- but there are only so many "hats" one can wear when performing). This is a selection of performances with no editing (except to add a little (or a LOT) or reverb), and all are one-take recordings.

Some were improvisations based on various notations, graphics, charts, and figures. Some were completely written down. Many were impromptu explorations of melodic information, cells, genetic development, and emotional reaction rendered in musical gestures. Cecil Taylor had a lot to do with that one for me.

As I get older, I see no reason for me to "hoard" these recordings purely for myself, and if you get any enjoyment out of them, I am glad. If you don't: I understand. It may not be the easiest to listen to for many, but its about as honest as I can ever be. Years of playing music, listening to music, composing, teaching, etc, have filtered through my soul and brought me to these sonic spaces. I truly enjoy living through them.

Each work has its own circumstance, and time-frame. I will try to explain the best I can in the track descriptions, as well as below.

Sadly, there is a very wide range of "quality" in these recordings, please try to look past this, as this is a "home made" album I am releasing. I just don't see a future where I will be able to re-record and have the funds to do it in a fancy expensive studio with $6000 microphones. So, here I humbly present these to you, sonic warts and all, dear listener.

Some scores will be available soon. Working on it (no small task!).

I had a dream where I came out on stage, and took a bow, sat down at the piano, and realized I had NO idea what I was supposed to play for the concert. So I leaned over to the front row and whispered "what is first on the program?" Front-row-person told me Rachmaninoff's 2nd Sonata. So I thought to myself "Hm. I sort of know the first page, but don't remember mush else". I started playing the opening flourish, and then proceeded to let my hands go wherever they felt like going. It was quite nice and minimal, and I was really enjoying it- but then towards the end, the piano started to disintegrate, and I was playing huge glissando's to try and keep it together, but eventually the piano completely turned to dust, and the piece was over. The audience seemed to be very into it- So, here it is. Score is available soon.

In "N-Crypts" I take a specific element, or structural (skeletal) notes, etc from a previous work (most often by another composer whose work I admire)- and create a new "sonic-flesh" around it using various techniques. This is what I did here. Score is available soon.

This is a pure and unfettered impromptu/improvisation on several "emotional figures". It runs the range from being nervous, to raging, to calm and searching. Transcribing this is almost impossible in the bigger sections, but I'm working on it.

A work that was commissioned by the ECA Music Department for a concert of new music. It uses a written score for the actual piano parts, and then is manipulated, sampled, and performed with a Korg KAOSS mixer. The mixer has a mic placed in the piano, and can sample the sound, and manipulate in real time. This was a challenge (especially for performance, and for feedback issues), but I managed to make it work. This is a live performance at FireHouse12 in New Haven during a New Music concert. I took the approach the the piano went into a daydream, and the electronic aspect is the daydream. Score and effects/manipulation settings will be available soon.

"It Does Not Allow Itself to be Revealed" -

A second work commissioned by the ECA Music Department for the next year's new music festival (I wasn't working there at the time, yet- now that I am, it seems no more commissions...heh. Maybe I should change that). This is a live performance at the actual ECA New Music Festival. It uses a written score for the actual piano parts, and them is performed on an Akai APC-40 controlling Ableton LIVE. Its a mix of samples of the piano being manipulated, as well as sounds recorded from ECA (some obvious, some manipulated). I took the approach the the piano went into a daydream, and the electronic aspect is the daydream. Score and Ableton Template loaded with samples will be available soon.

Live performance at the Neighborhood Music School in New Haven as a part of the "NMS Faculty Worx" series in the early 2000's (which I ran for a few years, then it turned into New Haven Worx, and eventually SOUNDunderGROUND). This piece is composed for my Niece Ydune Gibson who suddenly dies at age 21 in a car accident on her way home from college for Christmas.

I was in a New Agey mood when I improvised this work. I think I will transcribe it, and maybe make s few changes, but its pretty much intact. In this impromptu I was exploring thematic moments with more angular key changes, for sure influenced by Prokofiev, Pärt, a little Feldman, and Stravinsky.


"Five Sides in One Moment" three movements for solo piano

First movement from a Three movement work called "Five Sides in One Moment". These were structured improvisations, using musical blueprints. Each one took on its own character, and the three seemed to blend well (since I played/recorded them one after another). No edits, one take on everything.

Second movement from a Three movement work called "Five Sides in One Moment". These were structured improvisations, using musical blueprints.

Third movement from a Three movement work called "Five Sides in One Moment". These were structured improvisations, using musical blueprints.

From a set of eight etudes for solo piano, I took the opening of the Stravinsky Sonata's driven opening's landing on a C, and went somewhere else, by letting the quirky quality of the sonata influence the outcome. This is a live performance at an NMS Faculty Worx concert in the early 2000's. I started and ran the series at NMS for a few years, then it morphed into "New Haven Worx" for a few years, and then eventually "SOUNDunderGROUND". Amazingly, I don't think a SINGLE local reviewer or newspaper had ever reported on this concerts. Its a shame because they were all well attended, and the times and dates were given as press releases (often printed with wrong info in the Advocate (!?!)). Score is available.

Another impromptu one-take recording, I has switched hand positions where the left hand would be in the bass, then jump over the right hand while the right hand stayed more stationary in its position determining the outcome harmonically. Then, it goes somewhere else, and hints at the opening in the end. Its an emotional experience to play this piece. Very c-minor-ish.

This music came from a Dream, I tried to capture the distant feel and sounds as best I could. In the dream, the sound was very distant- heavily reverbed- almost underwater. I could see hands playing piano, but in mirror- in-between the mirror image was a distant ocean sunset. There is a rough video of me playing it with the mirror effect on YouTube as well. I may include it as a bonus download with this album.

All works composed and performed by myself, Istvan Peter B'Racz, over a span of many years.