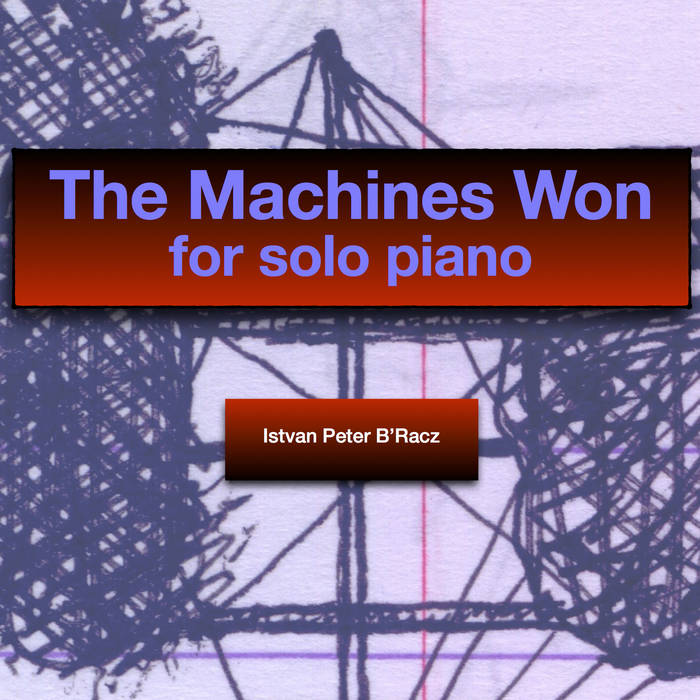 “The Machines Won” for piano solo was written as a small commission for the Rivers School Conservatory in 2017.

It is an easy-intermediate work. The work is tonal, but begins with a low cluster. Emerging from the opening cluster are spread-out sonorities that seem somewhat “careful”. Suddenly changing into an obsessive motoric middle section, the music leads the listener through a gradual evolution of thematic material, shifting gears to climax on a glorious pianistic high, but ending somewhat sober (hence the title).

A fun introduction to performers to 21st Century music,
it has been well received by audiences.

This is a MIDI realization of the work, and really here only to go along as a reference for the score- which can be bought on Bandcamp as Merch, or on www.lulu.com as well. Eventually a real recording will be made, and not be free, but this MIDI realization will always be available for free.